His conversation with life and death

By Nimrod - January 24, 2015
As he stared across the horizon he felt as if he was staring into a mirror. Like the ocean, life seemed infinite in so many ways yet somewhere it had to meet death like the ocean met land. A midst the sunset and the melody of the waves he forgot all of his pain for a moment and it all came back to him. How he had talked to life and death in the past two days..... 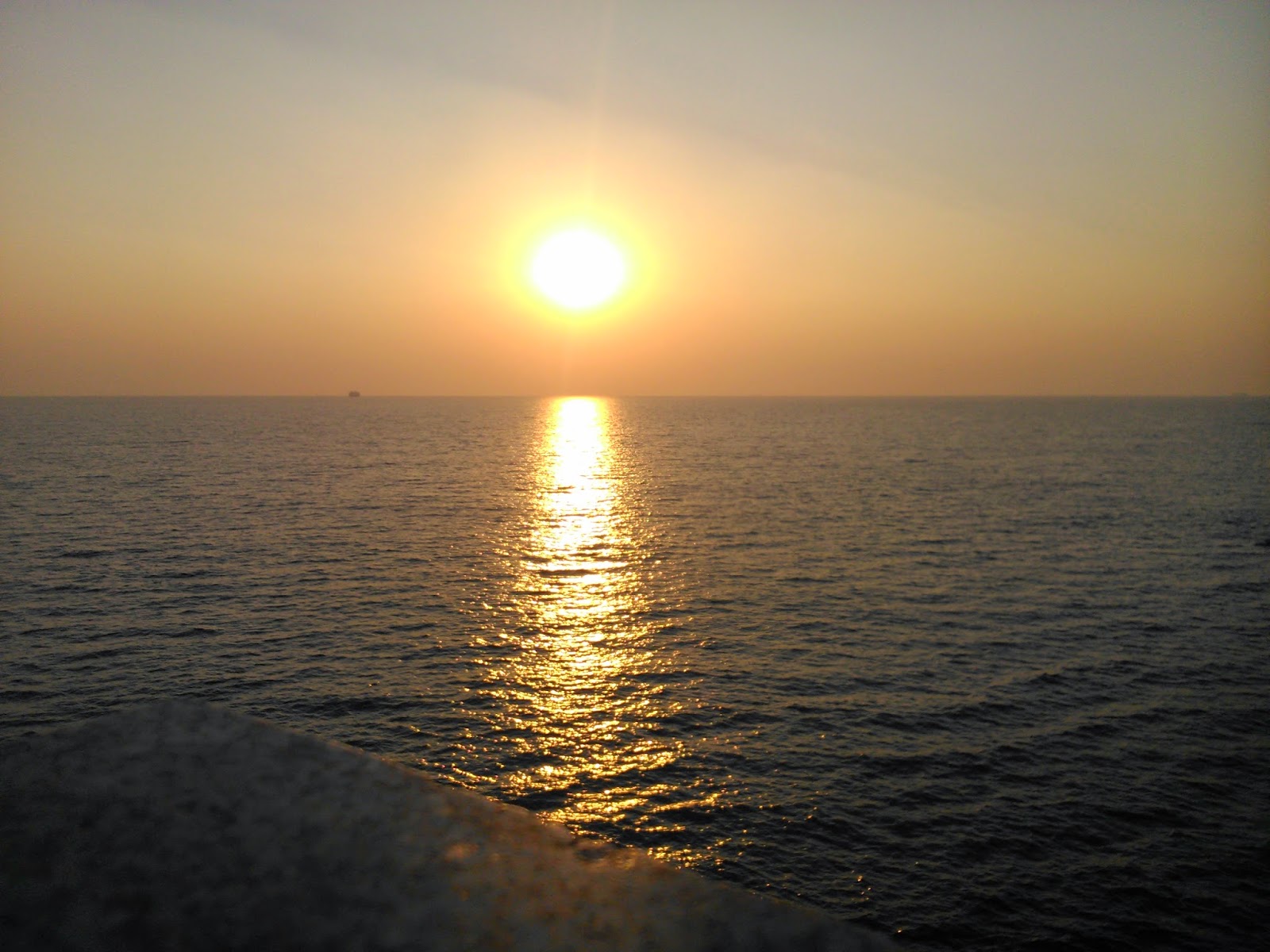 *Goes back in time*

36 hours ago: It was almost 2am and he was taking a walk along the stretch of the beach.The clear sky bustled with stars while the full moon beamed just enough light. The sand which was unbearably hot during the day was now cold as ice; yet he continued walking barefoot as it felt good. As the waves broke at the shore the reflection of the nightlights made it look as if the water generated sparks. 'Life couldn't get any beautiful'.
24 hours ago: He was touring around.... All of a sudden something terrible happened! Within seconds his entire life flashed inside his mind. This was the worst fall he had ever taken. Without going into details let's just say he was lucky and happy to be alive. 'Death doesn't get the any more grateful than this!'

*Coming back...*
He felt as if every human body was just a logic circuit with two outputs: zero and one. He made up his mind he was never ever going to go anywhere near zero again! It was time to leave out the extremities of being good or bad and start being decent to everyone instead. He took out his mobile and wrote- ' Love,Life,Happiness.Nothing more nothing less'. It was for everyone that mattered to him. But he didn't send it to anyone. He knew in the course of life everyone would understand it, without him saying. Everything seemed possible to him. He was just an ordinary person like all of us. We all talk to life as well as death, in our own unique ways. Everything that happens is an experience in itself! Maybe that's how a superhero learns to fly.

This was all definitely made up. Resemblance to any person living or dead is purely coincidental. If you didn't like reading it here's a few beautiful lines